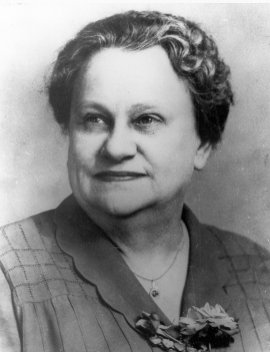 Julia Coleman was born in 1889 in Texas. Her father was a baptist minister and her mother was a school teacher. As a small child, her family moved to Plains, Georgia. After graduating from high school in Plains, she continued her education at Bessie Tift College in Forsyth. She began teaching in 1908. She dedicated the next 50 years of her life teaching English to the students of Plains. Two of her most famous students were President Jimmy Carter and his wife, who became the first lady, Rosalynn Carter. Miss Julia also served as principal and later even superintendent of Plains High School.
Miss Coleman was a single woman, which was not uncommon in the early 1900s for school teachers in America. In some school systems, in fact, it was forbidden for teachers to marry.

Miss Coleman was devoted to her students. She developed a curriculum for the school which gave the rural students subjects that were often only offered in larger industrial areas or private schools. The students of Plains were exposed to literature, art, music, plays, and composition—which served as a means of bringing the world to this agricultural community.

Citizenship, community service and patriotism were also incorporated into the curriculum. Through this unique curriculum, Plains High School received a number of awards and was designated a “Model School” for the state of Georgia in the 1930s. Following this recognition, the state adopted some of Miss Coleman’s ideas and incorporated her curriculum into state-wide programs.

Her fame and the progress of Plains High School reached President Franklin Roosevelt. He sent a special invitation to Miss Coleman to visit him at the White House in Washington. This woman from a small community in Georgia made the whole town proud as she continued receiving state and now national attention.

Former students fondly remember Miss Julia telling her class, “Study hard, one of you could become the President of the United States!” Little did she know that one of her students would indeed become the 39th President of the United States and another student the First Lady. President Jimmy Carter and Rosalynn Smith Carter graduated from Plains High School and still remember the special teacher who encouraged them to do their best.

In 1977, as President Carter was sworn in as our 39th Presdent, he talked about Julia Coleman and quoted her in his inauguration speech.

Julia Coleman died in 1973, leaving a legacy of virtue, compassion, school pride, patriotism, and caring. Through the years, many of her students have ventured from Plains impacting other communities, even worldwide, by helping and encouraging others to do their best. 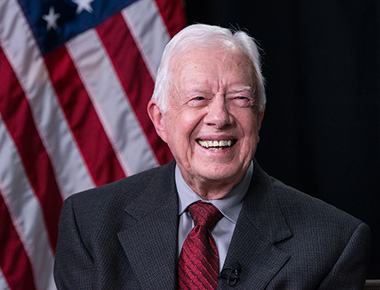